This is a basic timeline of Karlie and Taylor’s relationship from 2015-2016.

The (x) after the date of the event is the specific tag I have for it on Tumblr. Taylor and Karlie tried going undetected at first, but were forced to post on Instagram after the fan pic below was taken.

Why was there a bed in this shoot??? I see you Vogue.

This video still kills me

Of course her first instinct is to touch Taylor.

When Taylor was asked why she was in attendance, instead of giving a normal answer, this is what happened:

Swift, giggly in the front row with Kloss, declined to comment on her presence at the show, though it’s hard to imagine she could have said anything remotely controversial considering the occasion. “My publicist would get mad at me,” she said.

Also keep in mind – this was the last time they were seen alone in public until March 11th, 2016. Nothing to hide my ass.

Arriving back at Taylor’s.

Pretty sure they kissed before Karlie left…

Taylor hopping over to Karlie.

Heading to the afterparty.

This video was literally so gay.

Okay, but look at Taylor’s smile.

The three month drought had finally ended when Karlie was papped arriving at Taylor’s.

Then Karlie blows Taylor a kiss.

Karlie had been working in Europe for a couple of weeks, and was in Rome before she flew back to the states. We knew she could get back in time for Taylor’s two Metlife shows.

Since we knew she would be incredibly jet lagged, we figured she would likely just go home, sleep, and attend the second show the next day.

Well, she did go home, but all she did while she was there was change and then head to the show with Kimby. A man from Taylor’s security team picked them up, and off they went.

In this video taken backstage, Karlie and Tree hug, and Karlie states she came straight from Rome for this. Then Karlie body guard said to Tree, “Tree, Taylor’s going to yell at me if I don’t take her (Karlie) right now.” Kimby and Tree hugged, and then the body guard whisked Karlie away to take her to a very impatient (and in love) Taylor.

The “I came straight from Rome” video is extremely important because of two reasons:

Taylor also gave Karlie a shout out on stage when she said, “Mostly the change cannot be attributed to geography. It can only be attributed to people who came into my life after I moved to New York. So if that’s you, pat yourself on the back. I love you so much.”

Lastly, Karlie checking Taylor out on stage in front of thousands.

T only has eyes for bae

Can we talk about how natural Karlie snaking her hand around Taylor’s waist looked?

She did that on national TV #nochill

Uhm, you okay Taylor? You gulped pretty hard after looking at her lips…

Like I said, Taylor has a thing for running after Karlie

Jaime posted this picture on Instagram February 10th, and you can clearly see Karlie in the background.

Jaime’s post is very interesting given the fact that during that time, Karlie had created a diversion on Instagram, making it seem like she was with her family.

Karlie and Taylor were then MIA for 2 days after.

Karlie had a whole feature, and it was named the Karlie Kam. It was basically just her gushing over Taylor the entire time.

Karlie was in LA over Andrea’s birthday, and we would have never known about this, but a fan got a picture with Karlie in LAX right before she left.

Keep in mind this was the first time we had seen them alone in public since February 17th, 2015… Over a year.

Taylor threw Kimby and Kariann at birthday at Omnia (despite people saying Taylor doesn’t know them lmao). Calvin played that night, but Taylor showed up late and left early so she didn’t even see him. She was then MIA after. We think she went back with the Kloss family to celebrate.

Anyway, this was Taylor looking at Karlie while Karlie was filming her. Spot the difference.

Hugging is a necessity. Also notice the look Kimby and Brit are giving each other…

That look ends up leading to Kimby tapping/bumping Taylor…

In this video Martha posted, she deliberately left out Karlie while tagging even though you can hear Karlie say, “So good.” Serayah also neglected to tag Karlie in her post as well. If there’s nothing going on, why is Karlie the only one they all left out? Not fishy at all.

Taylor and Karlie at Calvin’s set

Taylor also recorded King of My Heart that day. 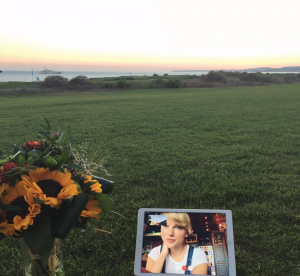 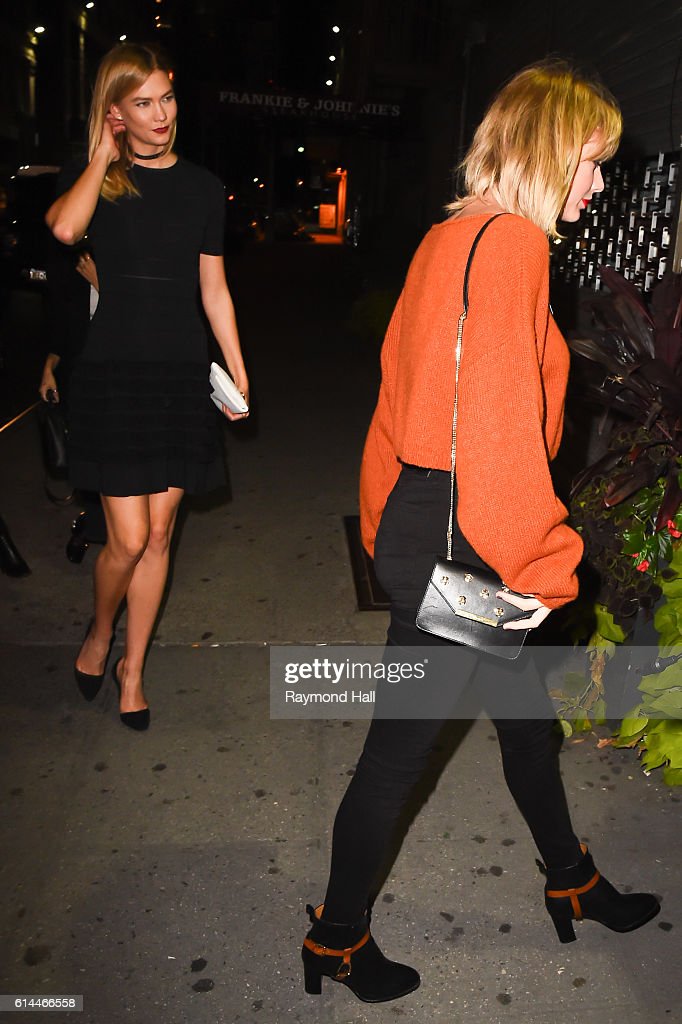 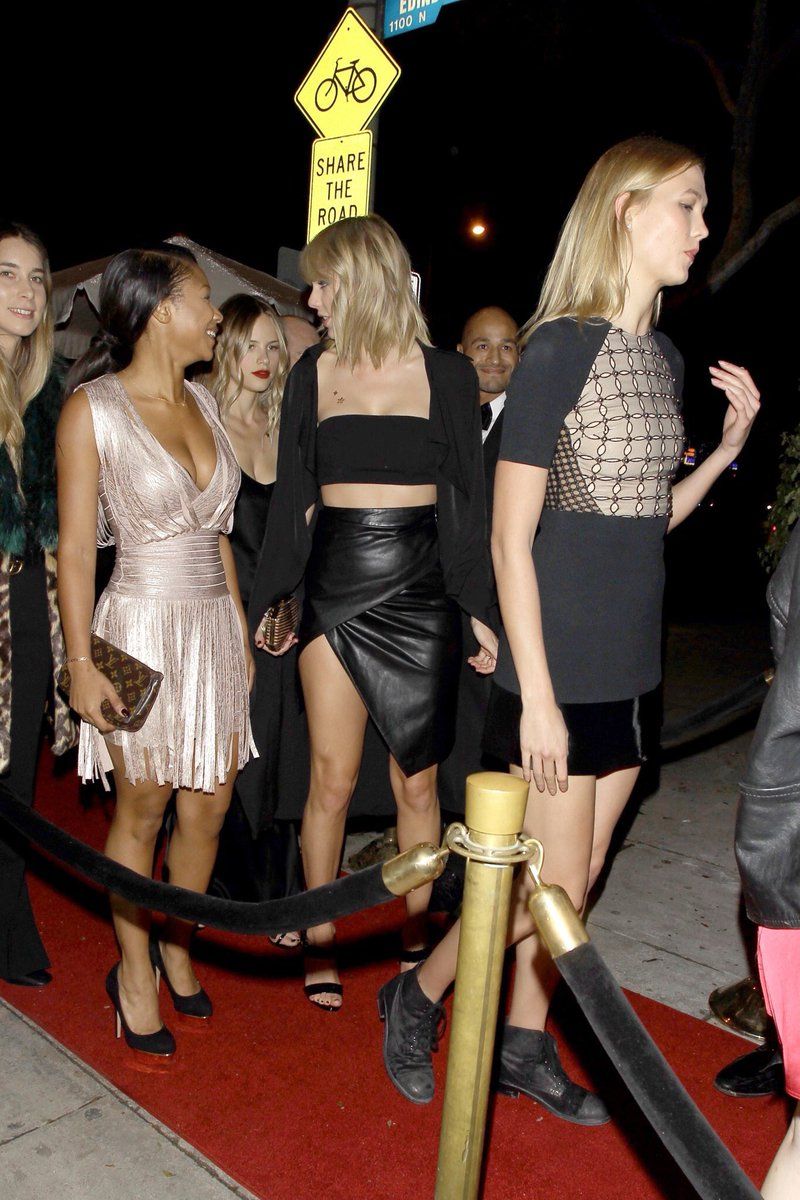 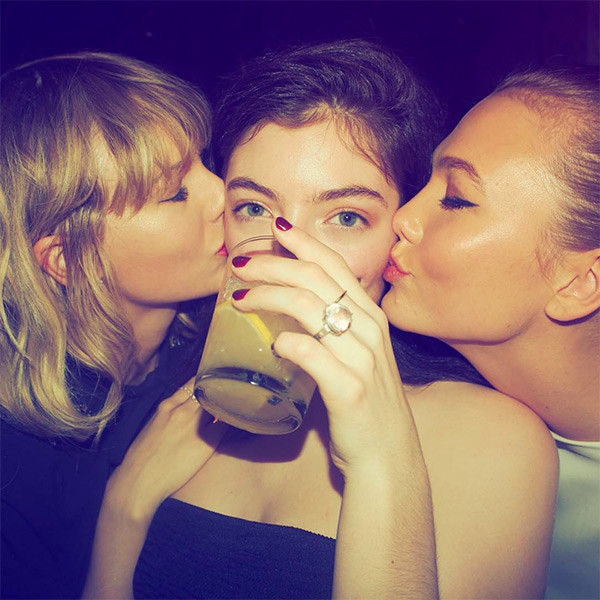 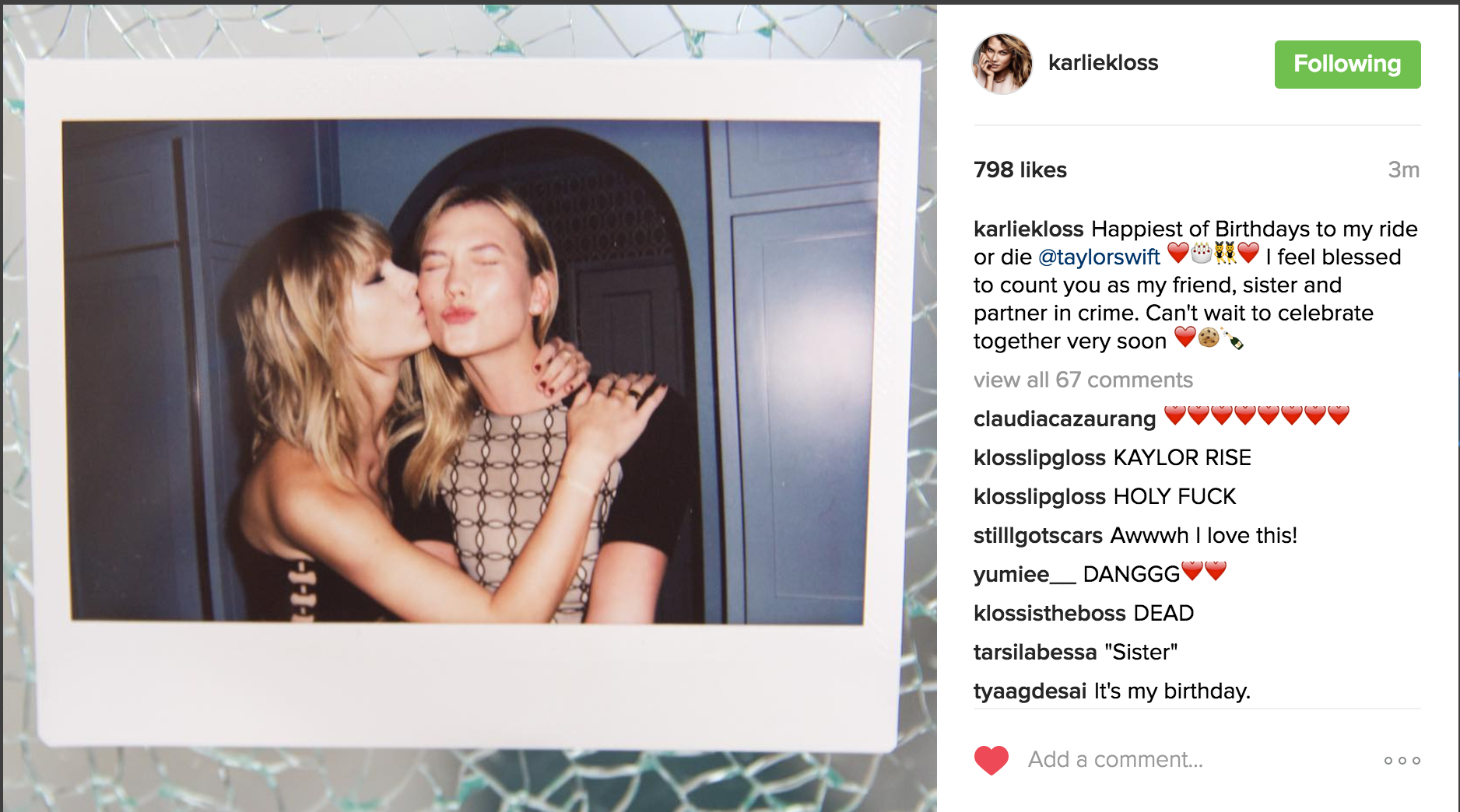 She no homo’ed the shit out of it with her caption with the “sister” throw in, but I’d say the picture speaks for itself. The picture was taken at Drake’s birthday party earlier that fall.