Why Reputation isn’t About Joe Alwyn

Taylor had been pushing during her Secret Sessions before the album dropped that the new album was about “her angel boyfriend of one year” Joe. However, her overall timeline with Joe doesn’t make a whole lot of sense. The Taylor/Joe (Toe) fans believe they met at the Met Gala in 2016 while Taylor was still with Calvin, but even though Taylor was so enthralled by how gorgeous Joe was, she decided to dump Calvin and date Tom Hiddleston instead. I also have a hard time wrapping my head around the fact we’re supposed to believe Taylor Swift (of all people) thought he was gorgeous when this is what he looked like at the Met Gala. I’m sorry, but no.

As a note, the official line is that they met at Kings of Leon concert October 12, 2016… This doesn’t help their timeline though; it still doesn’t make sense.

Songs written before she met Joe:

Other songs that don’t make sense:

On top of that, the album was supposed to come out earlier than it did, which only pushes up the timeline. 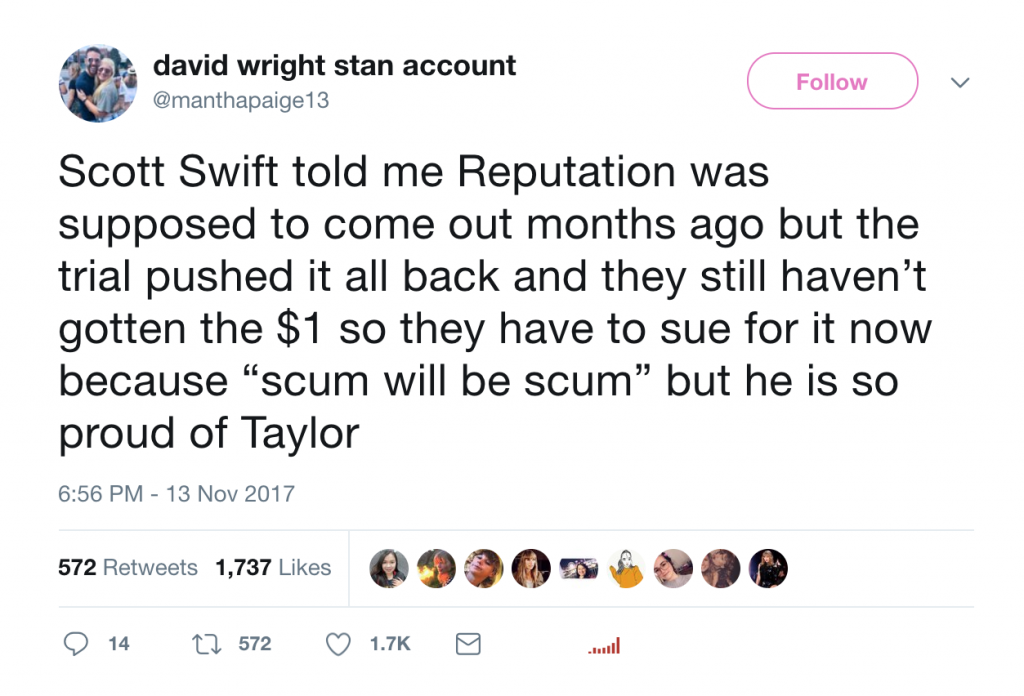 Chances are she had ideas and lines for songs in 2014, 2015, and early 2016, and then recorded in late 2016. She wouldn’t have been with Joe long enough to be able to write songs that talk about a long term relationship… Which most the songs on the album reference. Logically it just doesn’t make sense. Here’s a post where I go into more detail regarding this.

2 Comments on “Why Reputation isn’t About Joe Alwyn”